architecture in Harmony with Nature 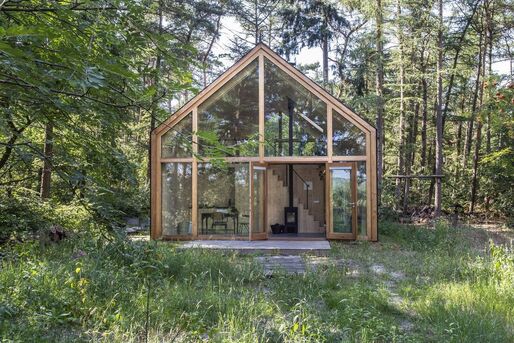 In the grand scheme of life, it was only yesterday that the Western world departed from ancient tradition. For thousands of years, our ancestors in many different cultures had shared a similar view of their relation to the cosmos, the earth, and their fellow creatures. It was a world view that saw humanity, not as the master race conquering nature for its own ends, but as a co-habitant of this beautiful unique place in the universe.

​This being so, our ancestors respected and honored the primeval forces -air, fire, water and earth - that shaped their world, always seeking harmony with the elements. Perhaps, more importantly, they also sought to harmonize their inner world of cultures beliefs with the spiritual forces they perceived surrounding them. To secure their place in this world and the larger expansive world beyond. 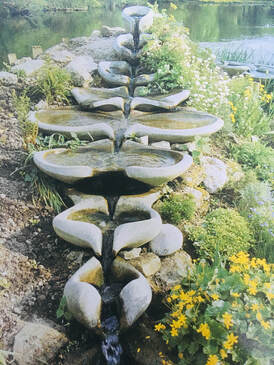 Over the last decades there has been an exciting change of direction in architecture, pioneered by a new generation of architects from many countries. All share a reawakening of consciousness for designing., building and living that puts us back in touch with the Mother Earth and ourselves. This consciousness is as old as building itself, reaching back through ethnic traditions across the world. Our ancestors were more sensitive to their environment. They developed a sense of place and time, and knew the importance of honoring primeval forces. Everywhere, indigenous building sought to express harmony between people, land, and cosmos - to make forms that linked earth to spirit.

Not only should our efforts aim to reduce air, earth and water pollution, but also enhance water's curative and life-supporting functions. Water "flow forms" are one of the most effective and beautiful ways of achieving this. The form to the left was developed by sculptor John Wilkes, the rhythmical flows help oxygenation and are of benefit to the life force energy of water.
​ (The text above is an adaption from Earth to Spirit by David Pearson)
I Want to Help Build Earth Based Buildings
I want to stay in earth based buildings, let me know when you open